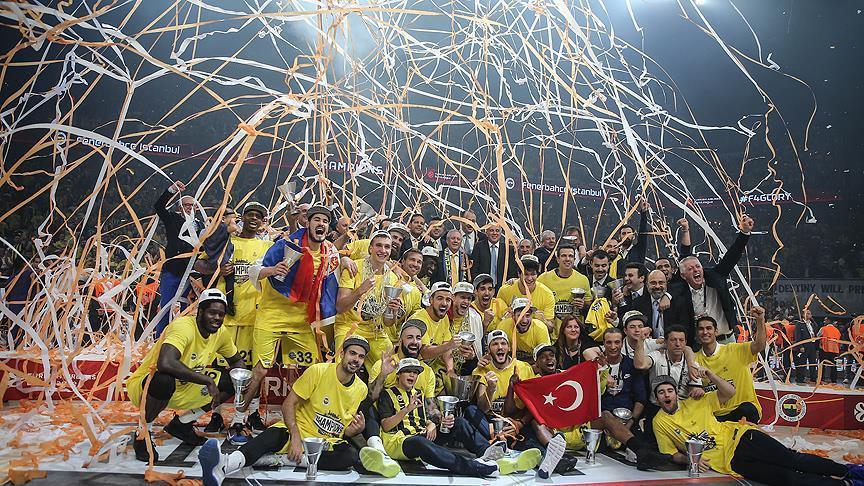 Fenerbahce have been crowned Turkish Airlines EuroLeague champions after beating Olympiakos 80-64 in the final at Istanbul's Sinan Erdem Dome on Sunday evening.

Fenerbahce dominated Olympiakos throughout the game, never let the Greek giants to get ahead or tie the game after the first two minutes of the first quarter. Istanbulite club became the first ever Turkish club to be crowned EuroLeague champions.

Fenerbahce led the first quarter 26-18 and was up 39-34 after the first half. The third quarter was the breaking point for the game, as Fenerbahce led by twelve, 60-48. Head coach Zeljko Obradovic and his students never looked back at the fourth quarter.

Center Ekpe Udoh, who finished the match with 10 points, 9 rebounds, 4 assists and 5 blocks, was named the Final Four's Most Valuable Player (MVP).

Khem Birch's 14 points was not enough for Olympiakos, as they had to settle with the silver medal.