Goalkeeper left game with taxi during half time - Video 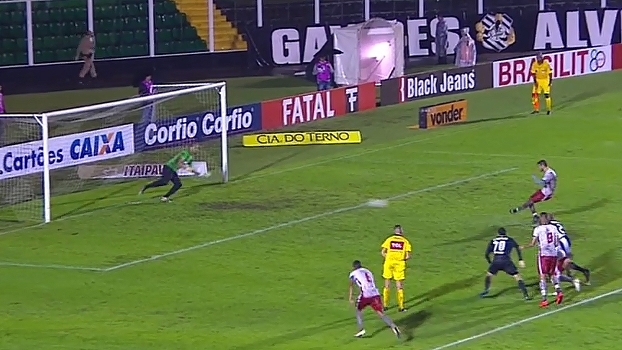 A goalkeeper making his debut in Brazil made a horrendous error, left in a taxi at half-time and was then sacked by his club.

Fabio, 38, was given his first opportunity between the sticks for Figueirense in a Serie B match against Boa on Tuesday night.

The home side fell to a 2-0 defeat but that wasn't even half of the tale.

It started when Figueirense found themselves behind in the first half following a howler by Fabio.

A long ball from the half way line was punted up field as Fabio tried to rush off his line to smother the ball.

But after the ball somehow managed to squirm under the keeper and into the net much to the surprise of the goal scorer.

And according to the club's director Carlos Arini, Fabio then rang a taxi at half-time and gave no explanation as to why he left.

Reported by Globo Esporte, Arini said: "We have been in football a long time, but there are situations that are unusual, such as Fabio.

"We did not know [that he left], he did not comment.

"From the moment he left the team at half-time, for a foul which happens, or for psychological problems off the pitch we don't know.

"I stopped talking to the player, he's no longer part of the team.

"I apologise to the fans, to everyone. We do not always get it right but the responsibility for hiring this and player and what happened is mine."