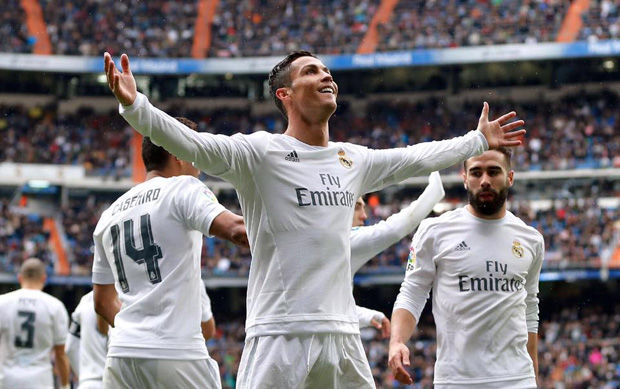 The statement, released via his representatives, was in response to a tax fraud lawsuit being filed against the 32-year-old Real Madrid star on Tuesday.

The prosecutor alleged he used an off-shore company to hide a portion of his income from the tax office - but a statement from Ronaldo's management company Gestifute insisted the company, Tollin, which was established during Ronaldo's time with Manchester United, has acted in accordance with British and Spanish tax laws.

In a statement, Gestifute said: “Cristiano Ronaldo signed for Real Madrid in 2009 under the Law of Impatriots, legislation in force and prevailing then, and he was taxed only for the incomes that were attributable to Spain.

“The Prosecutor's Office says that the player declared the income derived from the transfer of image rights as income from movable capital to evade taxes.

“The laws applicable to Cristiano Ronaldo are the Personal Income Tax Law and the Impatriots Law. In Articles 25.4 and 13.1.F3, respectively, it is clear that the player's income for image rights is considered to be as movable capital and will only exceptionally be income from an economic activity.

“The player declared to the Tax Authorities 100 per cent of the part attributable to Spain of Tollin's income and his image rights during the periods 2009-2014 and 2015-2020. All this according to the criteria set by the United Kingdom Treasury to determine that part of the image transfer revenue was originated in that country, which shows that there was no intention to defraud.

“In conclusion: the declared amount can be discussed, but it is clear that the football player did not try to evade taxes.”

Ronaldo took advantage of what is known in Spain as 'the Beckham law' - which allows foreign sportspersons to pay 24.75% income tax, rather than the 48% applied to Spanish nationals. Athletes must still, however, pay taxes on other income earned in Spain.

In Ronaldo’s case, the former Manchester United winger is accused of having diverted some €150m of advertising revenue through the British Virgin Islands.

Barcelona superstar, and Ronaldo's long-term rival, Lionel Messi was sentenced to 22 months in prison for a €4.1m fraud, but avoided jail by paying a fine and agreeing to probation.

Ronaldo's representatives did not respond immediately to a request for comment.