Simeone: Sehic had a great game 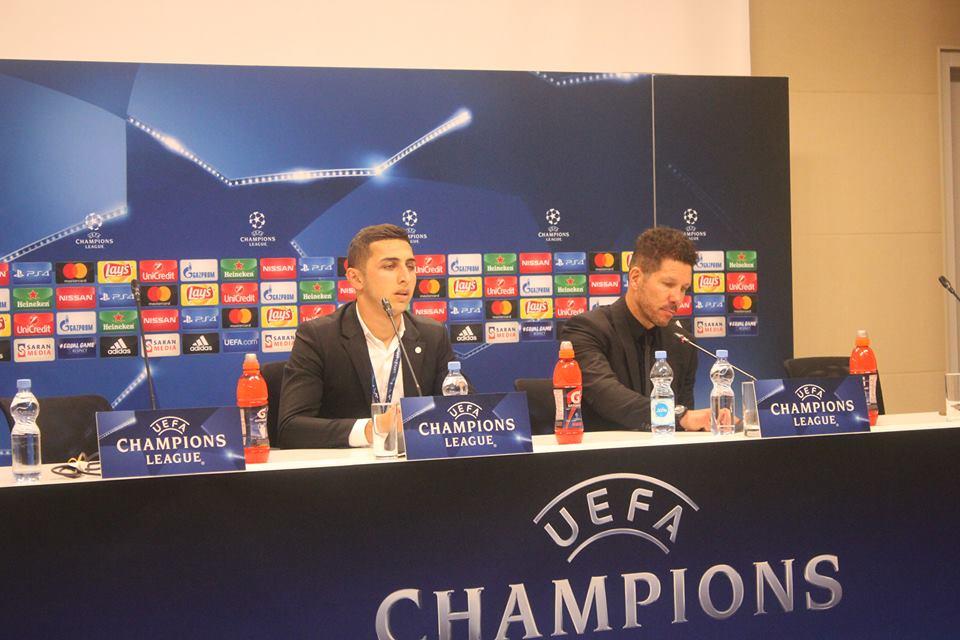 "All explanations, after this result, are excuses," Simeone told the post-match news conference. "We did not start badly, had some chances but could not take them. Then we got anxious, nervous, at end of the first half. We played as we needed to in second half, I have the feeling team did everything they could do.

"Their goalkeeper Ibrahim Sehic had a great game, Qarabag defended very well. Clearly, the result is not what we were looking for, and we are in this arm-wrestle with the goal. We must keep insisting to overcome this situation."

With Roma beating Chelsea 3-0 in the night's other Group C game, Simeone's side must win both their remaining games and hope Qarabag can pull off another shock result to have any chance to make the last 16.

"When Roma come here we will try and win our game," Simeone said when asked about the permutations. "You get what you deserve. We will know after the Roma game if we can continue, or are out already."

Atletico have now drawn six of their last seven games in all comps -- against teams ranging from Barcelona to third-tier Elche in the Copa del Rey.

"In many games recently we have conceded when the rival had just a few chances," Simeone said. "By contrast we have been looking to score, to win the game.

"The second half today the team did enough to win, but fortune has not favoured us. I am the most responsible for what happens with this team. We must try and win this arm wrestle with destiny, which at the moment is not going our way."

Asked about Qarabag's ex-Getafe midfielder Michel saying Atletico were not the usual "electric" Simeone side, the Argentine did not disagree, then pointed out that in previous seasons his team had often not played any worse but managed to find a goal to win tight games.

"I respect opinions of everyone, the players especially, as they are the ones who know what happens in the game," he said. "We always play in the same way. We have won 30 or 40 games like this in my six years here.

"When you score the goal you need, people talk about your strength, your courage. When you don't find that goal, people have a different opinion."