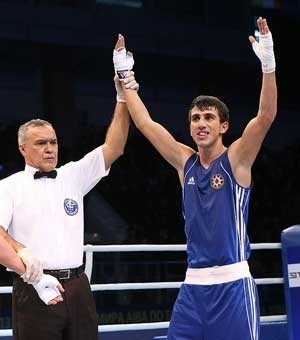 The European Olympic Qualifying Tournament is going on in Samsun, Turkey.

As a result, the Azerbaijani boxer won a gold medal and rose to the highest step of the podium.