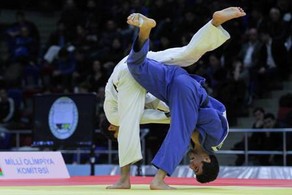 Draw ceremony of Judo Grand Slam tournament, which will be organized in Baku, has been held.

10 of them will compete in the first day of the competition.