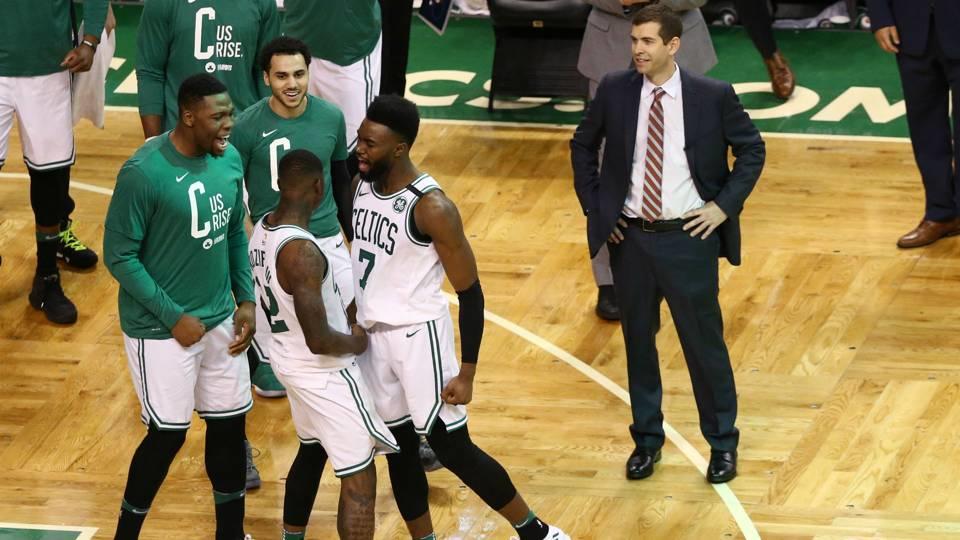 The National Basketball Association (NBA) playoffs continued with four other first-round series opener as all home teams managed to beat their opponents.

Axar.az reports that, in the Eastern Conference, the No.1 seed Milwaukee Bucks rolled past the 8th seeded Detroit Pistons 121-86.

Seven Bucks players scored in double digits as they took a 1-0 series lead.

For the Pistons, Luke Kennard scored 21 points off the bench, while Andre Drummond and Reggie Jackson each scored 12 points in star player Blake Griffin's absence.

In the other Eastern Conference matchup, the Boston Celtics managed to beat the Indiana Pacers 84-74 to go up 1-0 in the series.

The No. 4 seeded Celtics used a big third quarter (26-8) to retake the lead against the Pacers, who were left without their star player Victor Oladipo last month due to injury.

Five players scored in double figures for Boston as Kyrie Irving and Marcus Morris each scored 20 points in the win.

In the Western Conference, the Portland Trail Blazers defeated the Oklahoma City Thunder 104-99 to take a 1-0 series lead.

The 3rd seeded Blazers came up big behind Damian Lillard's 30-point performance, while CJ McCollum added 24 points in the win.

For the 6th seeded Thunder, Paul George's 26 points and 10 rebounds; Russell Westbrook's 24 points, 10 rebounds and 10 assists were not enough to beat the Blazers.

In the other Western Conference matchup of the day, the Houston Rockets upset the Utah Jazz 122-90 at home.

For the 5th seeded Jazz, center Rudy Gobert's 22 points 12 rebounds were not enough to steal Game 1 from the Rockets.