Ronaldo bought the most expensive car in the world 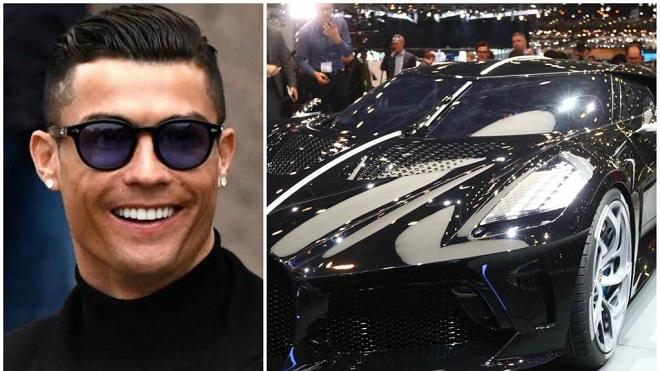 Cristiano Ronaldo is reportedly the secret buyer of a one-of-the-kind £10million stunning Bugatti - the most expensive new car ever.

The Juventus superstar already boasts one of the most extensive and expensive car collections in sport.

His love for Bugattis is no secret having splashed out £2.15m on a Bugatti Chiron last year.

It sits in his garage alongside the Aston Martins, Lamborghinis and even a Rolls Royce Phantom.

But Ronaldo's latest purchase is by far his most extravagant.

The Bugatti 'La Voiture Noire' was unveiled to petrol heads at the Geneva Motor Show.

The French luxury company built only one of the prototype supercar and it is a tribute to 110th anniversary of the founding of the company.

It was revealed that there has been one buyer - although the company remained tight-lipped as to who it was.

But according to AS, the secret is out and the ex-Real Madrid ace couldn't resist but write a cheque to get behind the wheel.

It is no surprise considering he is currently pocketing whopping £500,000-a-week wages at Juventus.

But he will need to remain patient until he puts the pedal to the metal.

Ronaldo will not be able to drive off into the sunset until 2021 as the company still needs to finalize some small details on the prototype.

The Portuguese forward has never been shy of showing off his crop of supercars.

Other motors include a £1.7m Bugatti Veyron, a white Mustang convertible and a £260,000 matt-black Lamborghini.