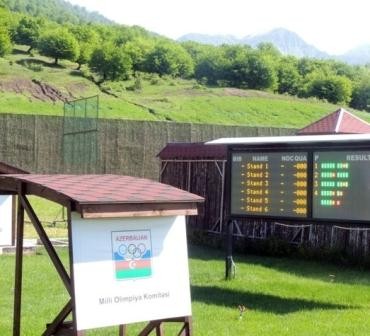 The International Grand Prix Shotgun tournaments devoted to national leader Heydar Aliyev’s memory, kicked off on May 7 in Gabala.

73 athletes from 9 countries will compete at a trap shooting and archery center in Bum settlement of Gabala district. The competition has been holding annually since 2014 in accordance with the schedule of the International Sports Shooting Federation. “The International Grand Prix Shotgun tournaments organized by the Gabala shooting club, and being held with the support by the National Olympic Committee, Youth and Sports Ministry, Azerbaijan Shooting Federation will last till May 16.

Athletes from Azerbaijan, Turkey, Georgia, Iran, Russia, Ukraine, Kazakhstan, Finland, Qatar and the UAE, including the world's leading athletes who won licenses to Rio 2016 Summer Olympics that will be held in Brazil will compete in the tournaments. Azerbaijan is represented by 26 athletes.