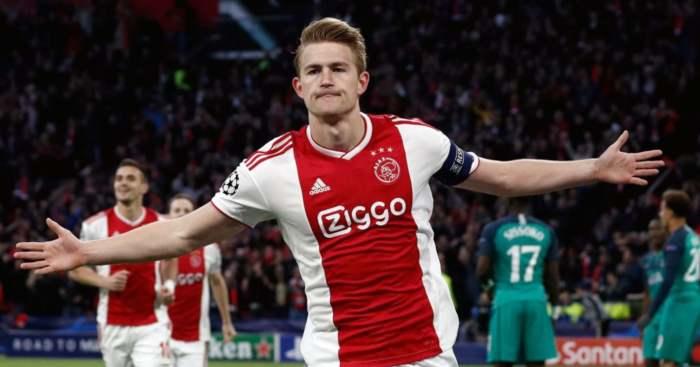 Juventus have confirmed the signing of Matthijs de Ligt from Ajax for a fee of €75m, with the 19-year-old defender agreeing a five-year contract worth a basic €16m a season which could rise to €24m with add-ons.

Axar.az reports citing The Guardian that the full package could cost the Serie A champions €195m and earn the teenager a potential weekly salary of €460,000 if all the add-ons are achieved.

De Ligt has been involved in a tug of war between Paris Saint-Germain and Juventus for most of the summer but the Turin club managed to convince the centre-back he would be better off joining them. There is a buyout clause of €150m included in the contract but that will not come into effect until June 2022.

De Ligt arriving is a huge statement for Juventus, who signed Cristiano Ronaldo for €100m last summer. During the past few years the club has adopted a transfer strategy that involves big-money signings as well as picking up players on free transfers.

This summer Juventus have signed De Ligt, Luca Pellegrini from Roma for £20m, Cristian Romero from Genoa for £23.3m and Merih Demiral from Sassuolo for £16.1m, while Adrien Rabiot, Gianluigi Buffon and Aaron Ramsey have arrived as free agents.