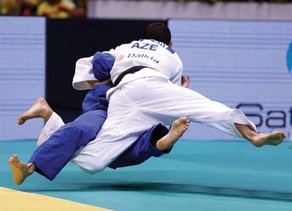 National judo team of Azerbaijan will fight in the Grand Prix, to be held in Dusseldorf, Germany.

Head coach Peter Seisenbacher has taken 13 judokas to fight in the competition, which will start on February 19.

Notably, 626 judokas from 91 countries will fight in the tournament of license for Rio 2016 Summer Olympics.