Messi to pursue a career with a different club 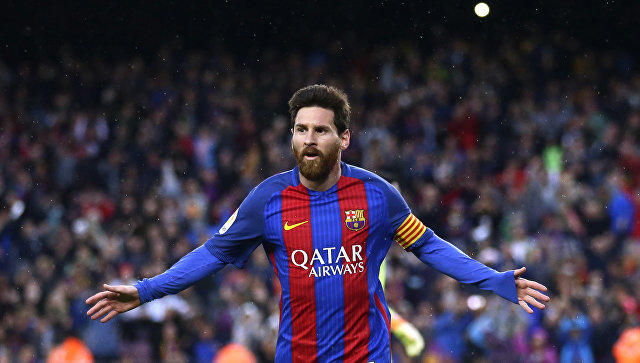 Lionel Messi has revealed his desire to play for a different club and his thoughts about Barcelona as he approaches the twilight years of his career.

Axar.az reports citing IB Times that for more than 15 years, Messi has proven his loyalty to Barca. It is in this club where he became the all-time leading goalscorer with 606 goals. At 32, Messi is already entering the final years of his playing career and has been rumored to exit Barcelona soon.

However, in one of his most recent interviews, Messi addressed his relationship with Barcelona and insisted that he has no plans of parting ways with the club, Soccer Laduma reported.

"I always said I don't want to leave Barcelona, I don't have the idea of leaving," Messi told TyC Sports.

"I have the dream of being able to play at Newell's in Argentine football, but I don't know if realistically it will happen, because I have a family that comes before my desire. It's a reality I dreamed of since I was little but I have a family, I have three children,” Messi explained.

“I live in a place that gave me everything and where I am calm, and I can give my kids a spectacular future. We think much more about that than my desire to play in Argentine football,” Messi continued.