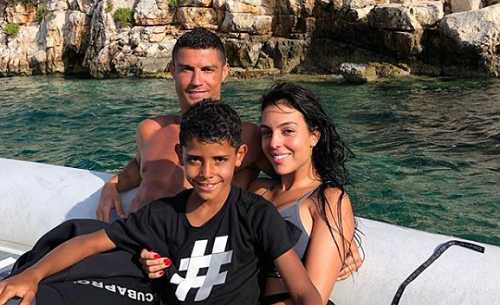 Football superstar Cristiano Ronaldo and his wife-to-be Georgina Rodriguez live a lavish lifestyle in Turin, where the forward boasts a salary of around €31 million from his contract with Juventus, which runs until 2022.

Axar.az reports that Football celebrity Cristiano Ronaldo reportedly pays his stunning fiancée Georgina Rodriguez between $85,000 and $162,000 per month to take care of their children and cover her expenses, claims a report citing Spanish television channel Telecinco.

The pair have one child together, two-year-old daughter Alana Martina, but Georgina Rodriguez also raises Ronaldo's three other children.

According to Corriere Dello Sport, the longtime girlfriend and wife-to-be of the soccer player, Spanish model and social media personality Georgina Rodriguez, has a net worth of $10 million and boasts nearly 17 million followers on Instagram, while originally hailing from very humble beginnings, growing up in the small village of Jaca, in northern Spain.