Ruslan Lunev to compete at the Rio-2016 Olympics 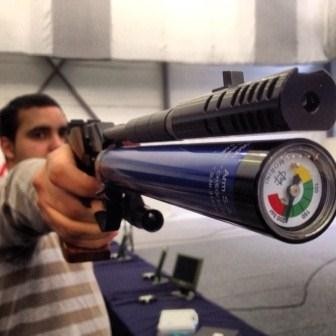 Azerbaijani shooter Ruslan Lunev will represent the country at the Rio-2016 Olympics.

As was reported earlier, Azerbaijan has received a wildcard invitation from the International Shooting Sport Federation (ISSF) to send Ruslan Lunev in both the men's air and rapid fire pistol to the Olympics, to vie at pistol competitions in 10 and 25 meters distances.

The analogous success belongs to his mother - Irade Hashimova, who in 2004 in Athens in the XXVIII Olympic Games earned bronze medal.