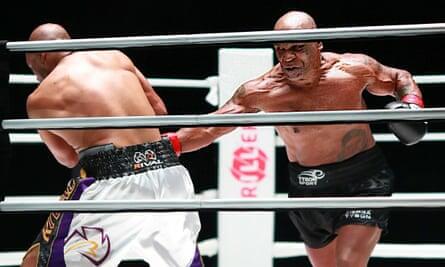 An exhibition match between legendary heavyweight Mike Tyson and aging pugilist Roy Jones was ruled a draw by the Word Boxing Council.

Axar.az reports that Tyson, 54, returned to the ring late Saturday for the first time in 15 years at the Staples Center in Los Angeles in the bout of eight two-minute rounds.

Rolling back the years, the two former world champions tried not to deliver any blows that would risk serious injury to the other.

After the bout, Tyson asked for a rematch against Jones, 51.