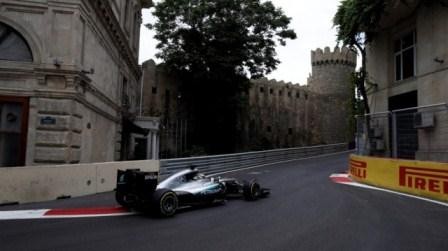 Lewis Hamilton led the field in the first Formula One practice session at the new Baku City Circuit.

Lap times improved quickly throughout much of the session on the recently-laid surface. Hamilton set his best time on a set of super-soft tyres, then spoiled a succession of laps with minor errors at turn one and turn three.