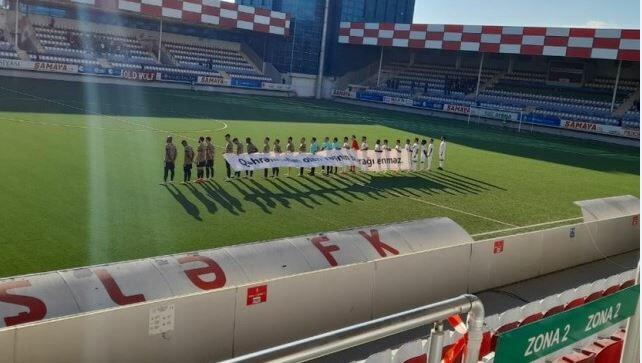 The anniversary of the Great Patriotic War was commemorated in the 5th round of the Azerbaijani Premier League match between Keshla and Garabagh.

According to Axar.az, the visiting team appeared in military uniform. They also unveiled a banner with the slogan "The flag of the Motherland with its heroes will not fall."

Then the national anthem was played. Before the start whistle, the memory of the martyrs was commemorated with a minute of silence.