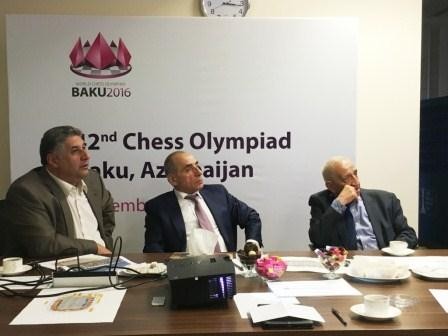 The Operational Committee meeting was held in preparation for the upcoming Baku World Chess Olympiad.

The organizational issues discussed at the event.

Issues of meeting and guest accommodation, design of the hall, where there will be competition, security and so forth discussed in order to host Olympic Games at a high level.

Notably, World Chess Olympiad to be held on September 1-14 in the "Crystal Hall". On the day of the Olympic Games in the capital will also be held Congress of the World Chess Federation (FIDE).