Over 15,000 tickets sold for the match of Qarabag FC 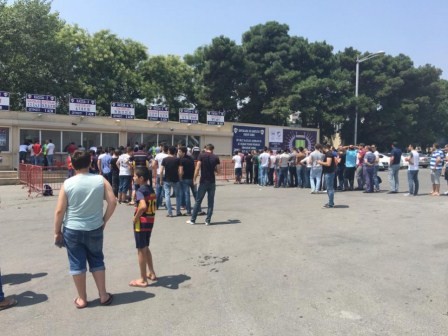 Over 15,000 tickets have already been sold for the FC Qarabag vs. Czech Victoria Plzen match as part of the UEFA Champions League third qualifying round.

The match will be played at the Tofig Bahramov Stadium on August 2 at 20:30.

The clubs played a goalless draw in the first match.