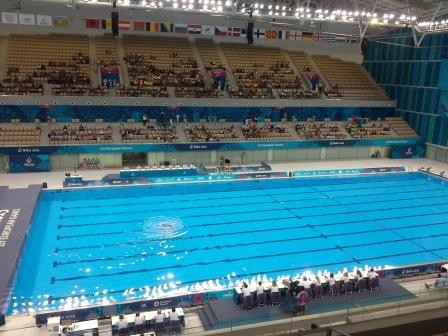 Azerbaijani swimmers Dmitry and Roman Saley have advanced to finals in the 100-meter butterfly event in the 15th Summer Paralympics in Rio de Janeiro.

Twenty swimmers participated in qualifications and eight of them advanced to finals.

In the Summer Paralympics, which will last until Sept. 18, Azerbaijan is represented by 24 athletes in judo, athletics, powerlifting, swimming, shooting and archery.

There are six women among the Azerbaijani Paralympians.

Azerbaijani Paralympians have 41 licenses, which is more compared to London 2012 Paralympics.