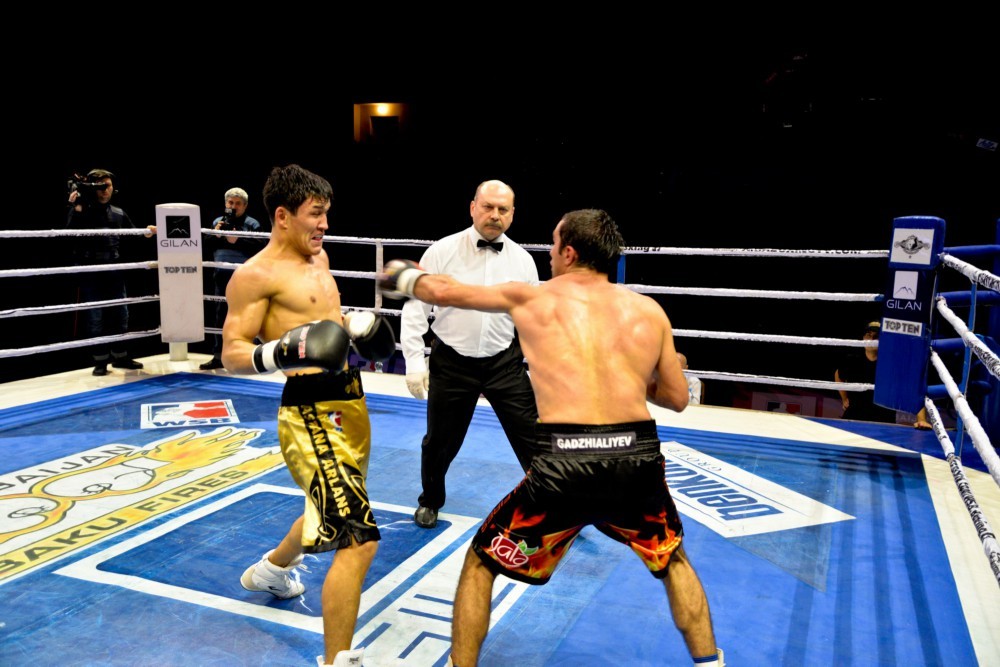 Astana Arlans Kazakhstan made it two wins from two this season against rivals Azerbaijan Baku Fires on Friday night to stay hot on the heels of Group D leaders Uzbek Tigers. Both teams still have to face the new franchise one more time in what is becoming a thrilling race for the play-off places.

Baku Fires’ Nasraddin Mammadov got off to a strong start in the evening’s opening bout against Kazhakstan’s National Lightweight Champion Zakir Safiullin, but the Arlans star counter-attacked brilliantly as the bout wore on, and was untouchable in the final two rounds as he powered to a comfortable points win to give the visitors the early advantage.

Magomed Ibiyev’s move up to flyweight got off to the perfect start in a Week 4 win over Uzbek Tigers Abrorjon Kodirov, but the Arlans’ experienced Asian Champion Olzhas Sattibayev proved an altogether different challenge. The 24-year-old Azeri landed some solid punches in the first round but Sattibayev’s determined approach dictated the action as he secured his side’s second convincing points win of the night.

At 2-0 down, the Azeri welterweight Tamerlan Abdullayev then made a name for himself on debut against Kazakhstan’s Aslanbek Shymbergenov. In the bout of the day, Abdullayev’s superb final round proved to be decisive and the hosts’ dream of a turnaround was alive.

The hope was short-lived, however, as Astana Arlans’ Nurdaulet Zharmanov overcame Baku Fires’ Belarusian boxer Mikhail Dauhaliavets to win by TKO in the second round of their light heavyweight and earn the visitors a crucial away win.

The final bout of the night saw Azerbaijan Baku Fires’ 26-year-old WSB star Arslanbek Makhmudov put in a brilliant performance against Kazakhstan’s Nurzhan Bekzatov. Makhmudov controlled their super heavyweight bout from the outset but Bekzatov stayed in the battle until the final round, when the Arlans man was surprised by a quick uppercut and the referee had no choice but to award the Fires’ star a win by TKO.