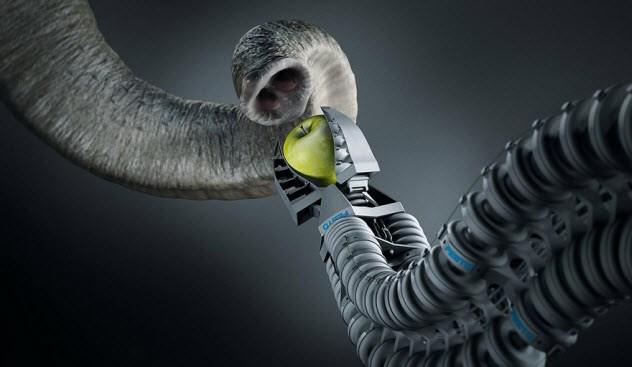 Ever since our beginning, we have marveled at the innovations of nature. Thousands of years ago, our ancestors copied the way that predators thought, stalked, and hunted.

Axar.az reports that, even now, with all our technology, nature has not lost its appeal. Numerous inventions have been inspired by techniques observed in the plant and animal kingdoms.

Did you know that roses can conduct electricity?
Magnus Berggren and his team of researchers in Sweden were able to create this power by threading minute wires through the plants’ systems. After soaking the roses in an organic polymer solution, the rose bark was peeled back to reveal the tiny polymer “wires” snaking through the stems. They later proved to be electronically conductive.
This method made it possible for the researchers to control the physiology of the roses, such as not allowing the flowers to bloom before an oncoming frost or helping to prevent drought. These modifications don’t go into the fruits or seeds.
Although permanent changes can negatively impact an ecosystem, this invention can easily be switched on or off.

With its sleekness and durability, sharkskin is useful for all sorts of things—from swimsuits to shoes. What we didn’t expect, however, was catheters.
Germs are a worry in every hospital. With so many people walking in and out, it’s no secret that surfaces can easily become coated with germs, spreading disease from one patient to the next.
Engineer Tony Brennan discovered that nothing is cleaner than sharkskin. The surface is riddled with tiny carpets of toothlike scales that prevent slime, algae, and barnacles from latching onto the sharks’ bodies. Fortunately, sharkskin will also stop disease-causing bacteria such as E. coli.
Sharklet is a company that is taking advantage of this concept. So far, it’s working. Their next step is to invent catheters made of sharkskin, which could help prevent a common source of infections.

Using extreme hibernation, resurrection plants, a species of desert moss that dries out in intense temperatures, “die” and appear to be dead for years, even decades. But once the rains return, the plants easily become lush and green again.
Tardigrades, microscopic water bears, are also one of the toughest animals on Earth. They have been hurled into outer space, exposed to extreme temperatures like absolute zero and 150 degrees Celsius (300 °F), and forced to endure radiation and go years without water.
In response, the water bears shrivel up. Then they awaken, rehydrated, when their surroundings are favorable again. Brine shrimps, nematodes, and baker’s yeast are just a few others that use similar hibernation techniques.
During these trials, the organisms merely replace all the water in their bodies with sugar. As the sugar hardens into glass, the organisms enter a state of suspended animation. While this method can surely kill humans, it is still good news for us: Vaccines, DNA, and stem cells can now be preserved for a longer period of time.
Each year, two million children die from diseases that are easily preventable. Vaccines perish quickly in hot climates, but this sugar preservative hardens into microscopic beads within the vaccines, extending their shelf life to years.

Pond-skimmer insects are able to walk on water thanks to the “skin” that covers every body of liquid. Known as surface tension, the molecules stick together in a force known as cohesion.
A lightweight robot has been constructed that leaps, rather than walks, on water. This robot is soft-bodied and weighs just 68 milligrams. Although engineers have already designed bots that are able to walk on water, this one is unique because it can jump on the surface of the water without sinking in.
Researchers were able to do this by observing water striders. These insects accelerate their legs gradually, not letting go of the water until it is time to jump. They exert the right amount of force, keeping the surface tension unbroken and whole.

Borrowing this tactic, the robot gradually applies enough torque to launch but does not go over the limit of the water’s “skin.” This action mimics the movement of a flea’s leg and can leap to an impressive 14 centimeters (6 in). This miniature bot may prove useful in surveillance and rescue operations.

X-rays are difficult to work with, which is why the X-ray machines at airports are so bulky. However, scientists are now copying a technique used by lobster eyes to gain better X-ray vision.
Instead of refraction, or the bending of light by a lens, lobsters see using reflection. Their eyes are covered in squares, similar to flat mirrors, which reflect light at precise angles to form pictures from any direction.
This design proves useful to astronomers, who yearn for telescopes that can focus X-rays from certain areas in space. While an ordinary mirror would only allow X-rays to pass through, the shapes of the lobster’s eyes are used to create arrays of tiny, square, hollow tubes made of lead glass. Curved into eyelike spheres, the material reflects X-rays and is packed into telescopes.
These crustaceans have inspired other inventions as well, such as microchips and the Lobster Eye X-ray Imaging Device, a “flashlight” that can see through steel walls 8 centimeters (3 in) thick.
When the device sends out a string of low-power X-rays through a wall, a few bounce back off the objects on the other side. These signals are funneled through the tubes and create images just like the lobsters’ eyes do. This invention may prove important in locating stolen or illegal goods.