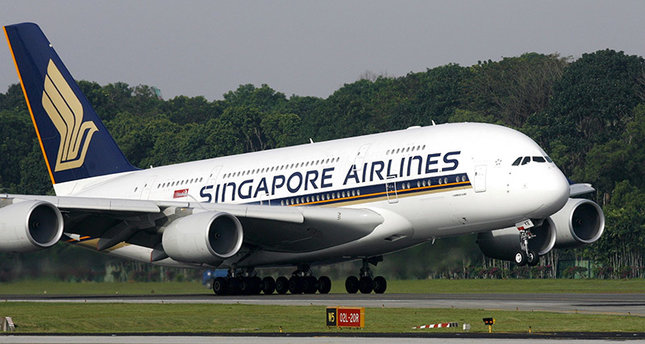 The biofuel will be combined with the usual jet fuel in a series of 12 flights over the next three months on the Airbus A350-900, which the airline company hails as its "most fuel-efficient aircraft", it said in a press release Wednesday.

The 12 biofuel flights will be on the airline's nonstop Singapore-San Francisco route.

The first flight, SQ31, arrived in Singapore from San Francisco Tuesday evening with 206 passengers on board after a 17-hour flight.

The airline's chief executive officer hopes the biofuel-powered flights, together with fuel-efficient aircraft and optimised flight operations will improve the company's commitment to reduce carbon emissions.

"We now want to push ourselves further and are embarking on this initiative to help promote the use of sustainable biofuel in an operationally and commercially viable manner," said Singapore Airlines chief executive officer Goh Choon Phong.

The green package is in collaboration with the Civil Aviation Authority of Singapore, which will offer optimised flight operations such as rerouting a flight's lateral profile based on updated weather forecasts to save fuel.