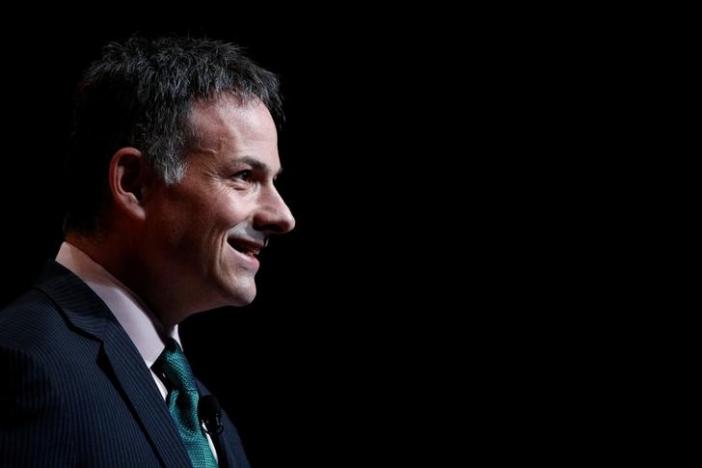 Hedge fund manager David Einhorn said on Wednesday that investors remain charmed by Tesla Inc Chief Executive Elon Musk, boosting the stock by 30 percent in the first quarter, even though the electric car maker's performance did not justify such gains.

Axar.az reports citing to Reuters Einhorn's Greenlight Capital hedge fund bet against Tesla shares during the first three months of year, racking up losses on its short position. Greenlight did not disclose its current position on Tesla. The fund's basket of shorts against what it considers to be bubble stocks, including Tesla, hurt its performance during the quarter, Einhorn said on an earnings conference call for Greenlight Capital Re Ltd, the insurer where he oversees its investment portfolio.

Einhorn also discussed General Motors Co, its biggest long position, but the automaker's shares rose just 1.5 percent during the first three months of this year. "GM trades at a significant discount to its intrinsic value despite the company's strong operating performance," Einhorn said. In March, Greenlight announced a plan for GM to "unlock substantial shareholder value" by splitting its common into two classes of common equity.

Einhorn said by placing what Greenlight believes are conservative valuations on each component, "it's easy to get a value that is 27 percent to 79 percent higher than the current share price."

"We generally avoid public activism, but in this case management has misrepresented our idea, and we think our fellow shareholders deserve an opportunity of new way the merits of our plan for themselves," Einhorn said.

For its part, Einhorn suggested that Tesla remained a short position for Greenlight.

"For the time being, investors remain hypnotized by Tesla's CEO," Einhorn said. "We're skeptical that the company will be able to mass market its Model 3 at volumes and margins and justify the current valuation."