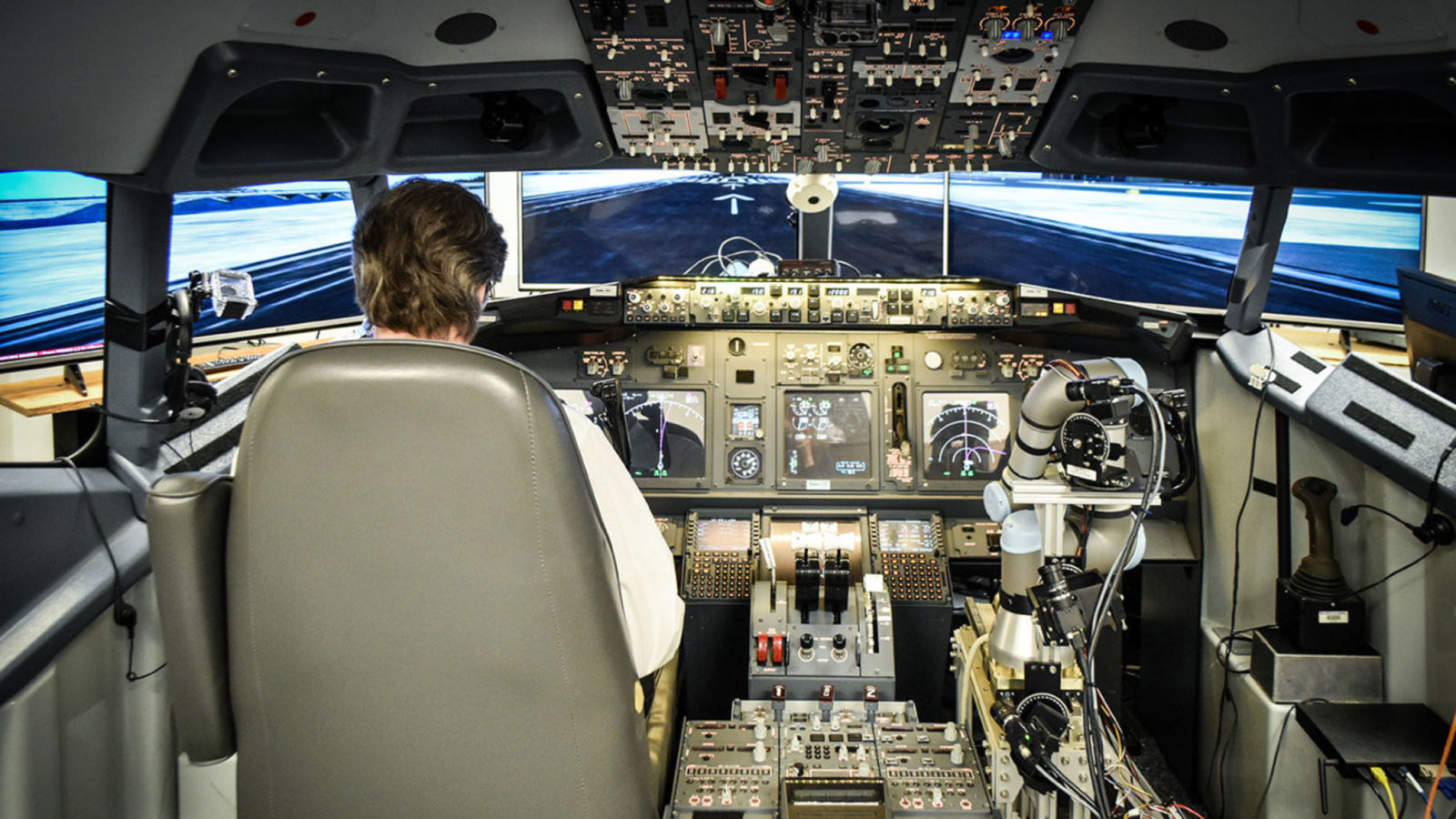 A robotic co-pilot has managed to fly and land a Boeing 737 in a flight simulator as part of a US military-funded project.

The automated system was designed by Aurora Flight Sciences and is part of a research project which would promote more automation on existing aircraft.

Civilian and military aircraft are expensive to operate and require intense and skilled human labour to react properly in unexpected situations.

Named ALIAS (Aircrew Labour In-Cockpit Automation System), the robotic system can help a pilot fly and even land a Boeing 737.

From the co-pilot's seat, ALIAS uses machine vision in which the computer running the system will take and understand visual input, essentially seeing things just as a human would.

In addition, it can manipulate the flight controls just like a human.