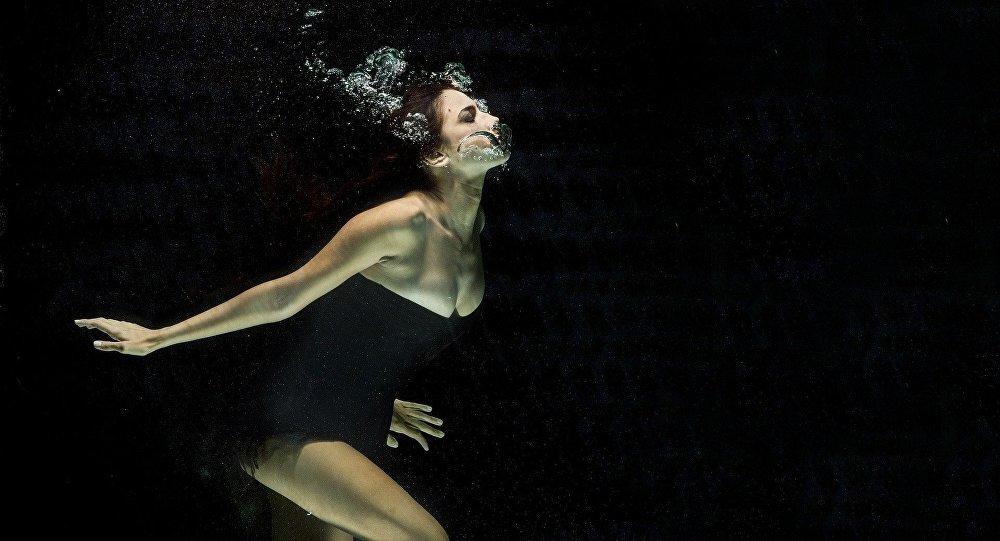 People and other air-breathing creatures normally drown when they get too much water in their lungs, but Russian scientists have proved that a dog can survive underwater using liquid breathing technology in an experiment aimed at saving the lives of submarine crews.

Liquid breathing is a form of respiration in which a normally air-breathing organism breathes an oxygen-rich liquid, Axar.az reports.

For many decades scientists have been looking for novel methods of salvaging distressed submariners and helping pilots and cosmonauts withstand extreme g-loads during long-term spaceflights.

During a scientific experiment, virtually identical to the system portrayed in James Cameron's 1989 science fiction movie “The Abyss,” a dachshund was dunked face down into a vessel filled with a liquid saturated with oxygen.

Just a couple of minutes later the dog was able to adapt to the new environment.

"The liquid enters the lungs, and it turns out that the animal starts breathing liquid," a researcher told Vice Prime Minister Dmitry Rogozin and Serbian President Alexander Vucic who attended the experiment held in Moscow on Tuesday, December 19.

The method of liquid breathing, developed by the Moscow-based Foundation for Advanced Studies, can be used to rescue the crews of sunken submarines.

Surfacing quickly from a depth of 100 meters or more is impossible, as the release of nitrogen gas bubbles clogs the blood vessels of the spinal cord and brain and can kill a person.

To avoid this, submariners will be equipped with a special device, which fills their lungs with oxygen-rich liquid containing no nitrogen.

In this case, the human lungs will not be compressed by external pressure increasing by one atmosphere every 10 meters.

The pressure inside the body will thus balance the external pressure, allowing a person to safely resurface without any lengthy decompression procedure.

The method can also be used to protect military pilots and astronauts from the tremendous loads they are subjected to during takeoff and high-speed maneuvers.

With the liquid breathing technology it could be possible to create a suit where the load is evenly distributed across the pilot’s body.