Restaurants, gyms to reopen in Belgium on June 8
﻿ 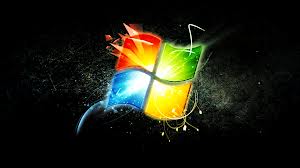 If you have followed the development of the Windows 10 version 1809 and 1903, you know that both versions were plagued by lots of bugs. Microsoft had to pull version 1809 even shortly after release and spend six weeks fixing issues before it released an updated version again to the public.

Axar.az reports citing foreign media that with Windows 10 1903, it appears that every update that Microsoft releases adds to the growing list of known issues. We keep track of those issues here and Microsoft does the same on its Docs website; the latter is an improvement over previous releases as it is now easier to keep track of all the bugs.

Microsoft released the September 2019 security updates for all supported versions of Windows last week. The update for Windows 10 version 1903 fixed a high CPU usage issue caused by Search/Cortana that some users experienced on their devices. The fix resolved the issue but it did introduce a number of new issues at the same time.