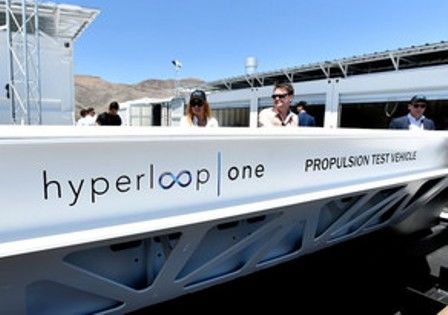 The transport infrastructure, due to be built by the company Virgin Hyperloop One, is one of three Hyperloop links set to be constructed, according to the firm’s website. Links connecting Dubai and Abu Dhabi, as well as the US cities of Las Vegas and Los Angeles, have also been proposed.

Axar.az reports that an ambitious project to build a Hyperloop superfast transport link between the Indian cities of Mumbai and Pune has been shelved by the Maharashtra government, as state officials wait for a successful example to be constructed elsewhere, Deputy Chief Minister of Maharashtra Ajit Pawar said.

"We do not have the capacity to experiment with Hyperloop. We will concentrate on other modes of transport and in the meantime, if that technology develops more with successful trials abroad, we can think about it", Pawar told reporters on Friday, as quoted by the magazine India Today.

The Hyperloop transport system was developed in 2012 by US entrepreneur and investor Elon Musk, a prominent figure in the evolution of Tesla Motors and SpaceX.