The closing ceremony of 'Islamiada' has started - Updated 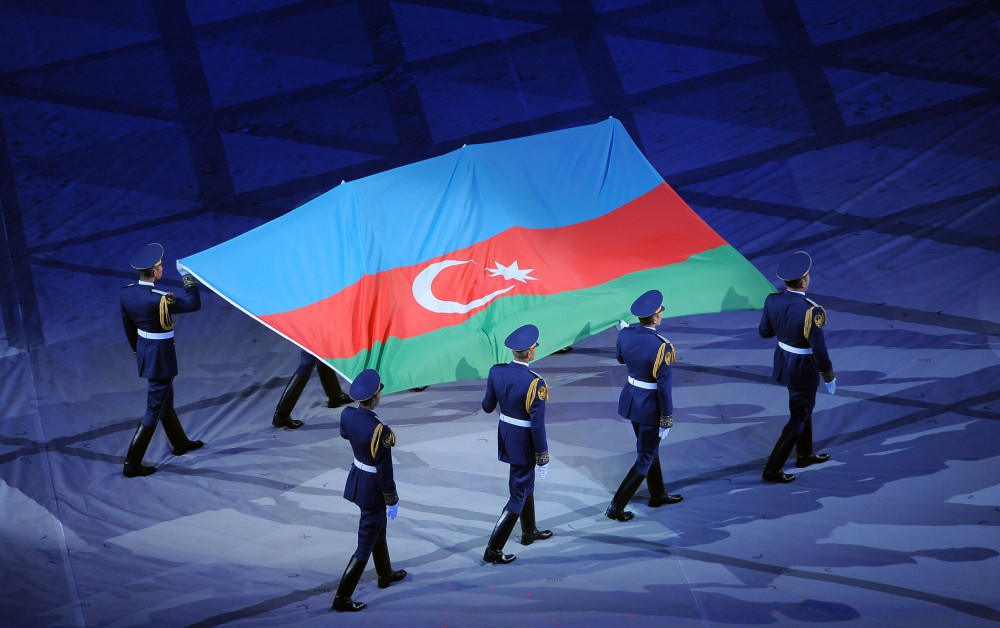 The closing ceremony of Islamiada in the Olympic Stadium has started.

Axar.az reports that the Islamic Solidarity Games held in Baku are over. The Games that were held in the capital Baku were finished by the tennis tournament.

The first Vice-President of the Republic of Azerbaijan, the head of the Orginizing Committee of Baku-2017 Mehriban Aliyeva was invited on the stage for speech.

Congratulating the athletes for their achievements and thanking them for the joy that they gave to the audience of the Islamic world, the head of the Organizing Committee expressed hope that the athletes will leave Baku with pleasant memories that they won't forget throughout their lives.

The closing ceremony of the fourth Islamic Solidarity Games ended with a spectacular fireworks display.