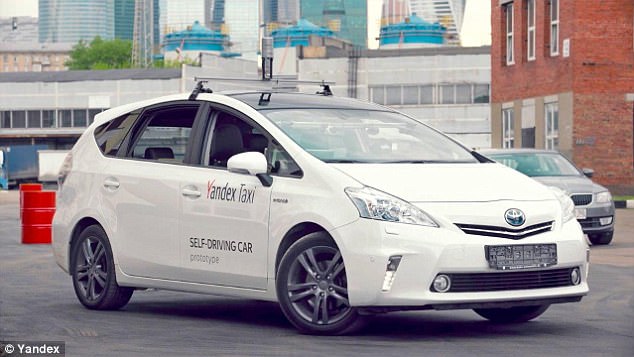 Russia's largest technology firm Yandex, which already operates a rideshare scheme to rival Uber in Moscow, has released footage of its first demonstration of driverless technology.

In a video, a modified Toyota Prius, with no driver behind the wheel, can be seen picking up a passenger before winding its way through narrow streets to drop them off at their destination.

In a later test, the car takes on various obstacles, this time with a backup driver onboard, including a barrel obstacle course.

But unexpected pedestrians and a reversing lorry appear to present little challenge to the automated vehicle.

How the car will perform in the real-world remains to be seen, but Yandex is hoping to test out their vehicle on public roads within the next year.

And the Moscow-based firm plans to team up with car manufacturers and others to bring the final version to mass market.