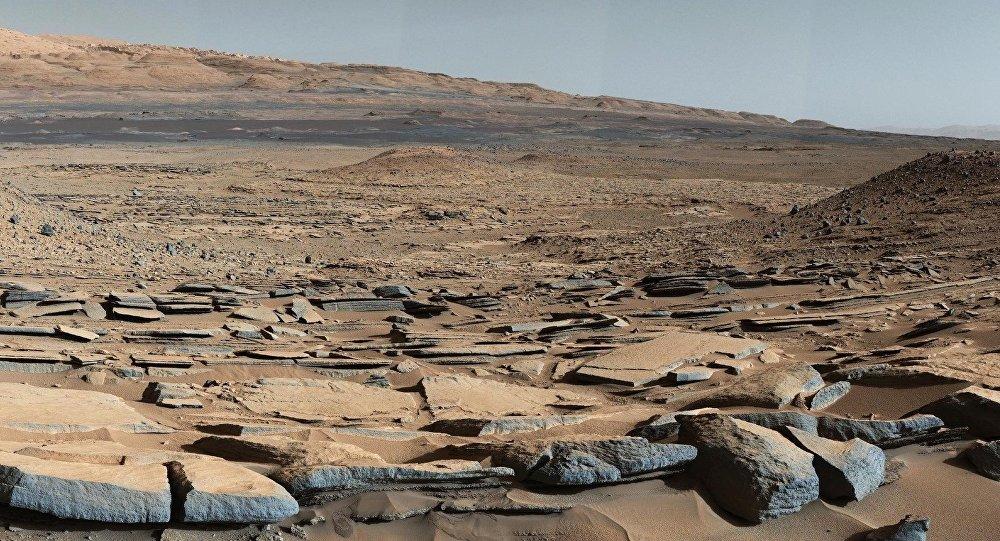 Mars has assumed the identity of a dry and cold planet, likely to have formed 3.6 billion years ago. Whilst many scientists believe that it harbored water billion of years ago, they do not have definitive proof that Mars once carried oceans, like Earth. But, a recent study has managed to tick the first boxes of the conditions necessary for the presence of the water and boosted the case for life on the red planet.

Axar.az reports citing foreign media that the researchers analyzed a meteor impact site called Lomonosov, which is 120 kilometers deep and the same height as the estimated depth of the ocean. 10 complex impact craters were based on their diameters, geomorphic characteristics and location were also taken into consideration of which, the late Hesperian crater exhibiting a unique topographic plan view asymmetry narrowed things down to a specific impact site.

Scientists think that this impact site must have been the ground zero for the mega-tsunami that would have spawned across the surface of the Mars, as it strongly resembles the marine impact sites on Earth. Researchers have also pointed out that the hole in the southern-lip of the impact crater could have been the result of the ocean tumbling back from that direction. Although, more data is needed to confirm the Mars ocean theory, had the planet carried an ocean, the Lomonosov crater could be the point where the red planet once held an ocean.

“The orientations of the associated lobate deposits — a conspicuous type of landforms called Thumbprint Terrain — suggests that if an impact event triggered the mega‐tsunami, the most likely location of the source crater is within the northern plains regions situated north of Arabia Terra,” the author of the study Francois Costard writes in the paper.

This evidence is suggestive of the presence of life on Mars in some likelihood. The ice-clad crater is, therefore, a tempting target for future life-hunting space missions.