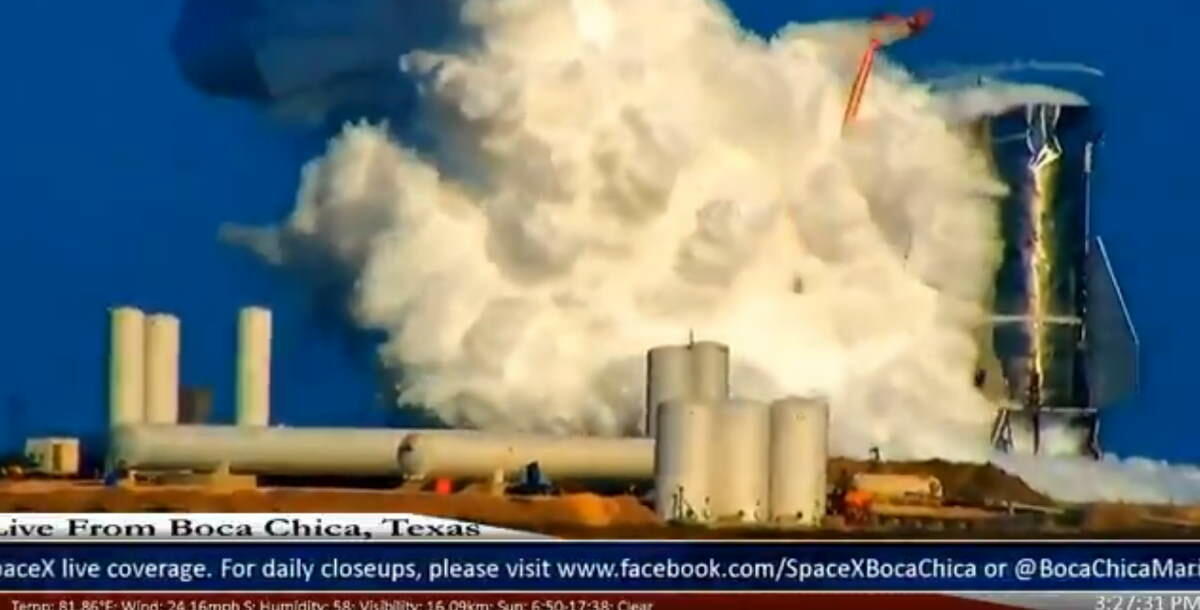 A prototype upper stage built as a pathfinder for SpaceX's planned human-rated Starship rocket literally blew its top Wednesday during a pressurization test, blasting what appeared to be an upper bulkhead high into the air above the company's seaside Boca Chica, Texas, launch complex.

Axar.az reports citing CBS News that the winged rocket stage, which was being tested without its conical nose section, remained upright on its test stand as billowing vapor from a ruptured tank surged out and down the sides of the vehicle before blowing away in the wind.

It appeared that a lower bulkhead might have failed as well, but that was not immediately clear. Spectacular footage of the event was captured by LabPadre and posted on YouTube.

In a statement, SpaceX said "the purpose of today's test was to pressurize systems to the max, so the outcome was not completely unexpected. There were no injuries, nor is this a serious setback."