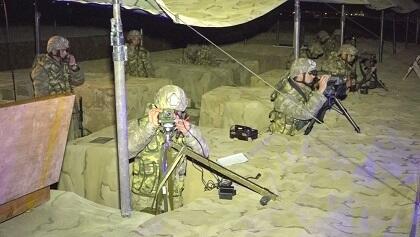 According to the "Nakhchivan Garrison Troops Reconciliation Plan for the 2020 academic year", tactical training was held with artillery units at night.

Axar.az reports that the artillery units were opened from the movement to the battle line in accordance with the intervention when moving from the permanent deployment points to the concentration areas and were prepared for combat operations by capturing the firing positions and observation posts.

During the exercise, the activities of the conventional enemy were monitored by night-vision reconnaissance vehicles.

Along with the supply of light from the firing range areas, combat shootings were carried out on planned and unscheduled targets.

The goals set in the training, which was held in a visually impaired environment, were achieved.