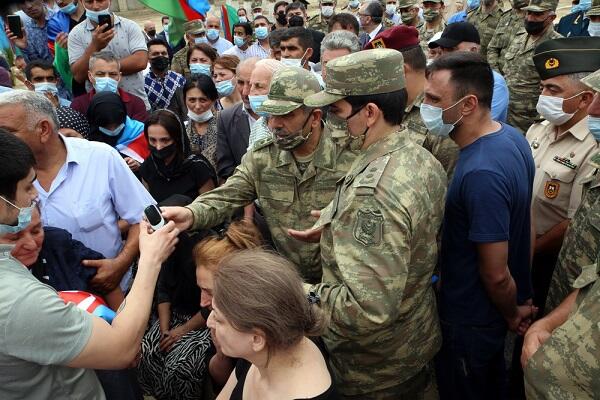 The son of the martyred colonel Ilgar Mirzayev praised the contact of the President of Azerbaijan, Supreme Commander-in-Chief of the Armed Forces Ilham Aliyev with the families of the martyrs at today's funeral.

Axar.az informs that, Elvin Mirzayev told that the President expressed his deep condolences to the families of the martyrs and wished God's mercy and patience to our martyrs.

President Ilham Aliyev noted that the heroism of our servicemen who died for the Motherland will never be forgotten, their revenge will be taken and will be taken, their blood will not remain on the ground.

The mother of the martyred Major General Polad Hashimov, Samaya Hashimova, and the son of the martyred Colonel Ilgar Mirzayev, Elvin Mirzayev, thanked President Ilham Aliyev for the phone call and condolences.