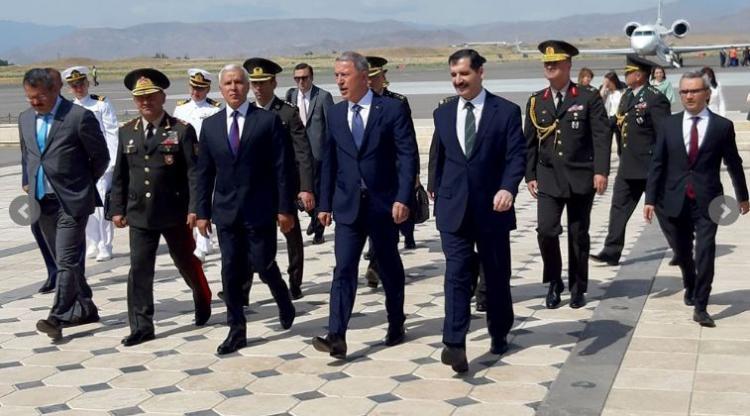 On August 12, the Minister of National Defense of the Republic of Turkey, Mr Hulusi Akar, the Chief of General Staff, General Yasar Guler, the commanders of the troops and other high-ranking officers will visit Azerbaijan.

Axar.az reports citing the Defense Ministry told that a large Turkish military delegation will watch the last episode of the first stage of the joint tactical and tactical-flight exercises of the Azerbaijani-Turkish ground forces and air force as part of the High-Level Observer Day.

Along with the Minister, Chief of General Staff General Yashar Guler, army commanders and other high-ranking officers are also visiting our country.