How Armenia prepares the mercenaries in Karabakh? - Video 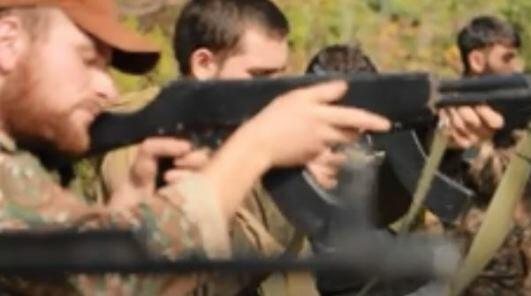 New footages have emerged about how Armenia prepares people from different countries to fight in the occupied territories of Azerbaijan.

According to Axar.az, the images released by the Armenian Defense Ministry show that the mercenaries were trained at the VoMA training centre.

VoMA was established through the mediation of the Armenian Defense Ministry. The head of the company is Vova Vartonov, a participant in the First Karabakh War and a scout. The company recently called on Armenians around the world to fight in Karabakh and announced that it would provide free training to Armenians from different countries.

He even said that the company would pay for the plane ticket for the Armenians from Russia.