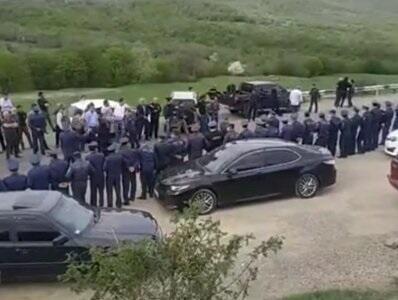 Armenian Prime Minister Nikol Pashinyan continued his journey, ignoring the residents of the village of Shurnukh, who had been waiting for him for several hours. Angry, the Shurnukh people also fired eggs at his motorcade.

The head of Shurnukh village, Akop Arshakyan, said that residents had been waiting for Pashynya on the Gafan-Gorus road in the morning to convey their concerns.

"He went to Gorus and did not meet with the residents. People felt humiliated because he came and went secretly."