Aliyev and Erdogan at the opening of the Airport - Video 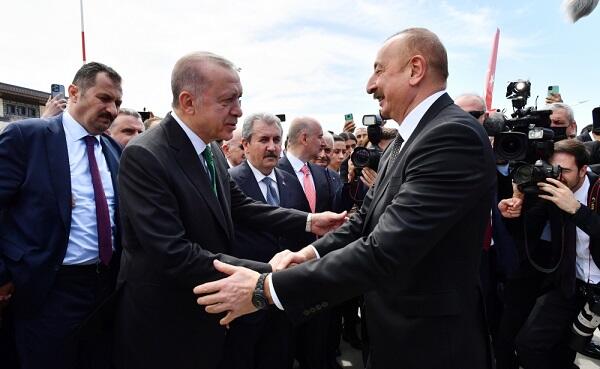 The opening ceremony of Rize-Artvin Airport was held in Turkey on May 14.

The planes of the presidents of the two countries passed under the huge arch.

A guard of honor was lined up at Rize-Artvin Airport in honor of President Ilham Aliyev.