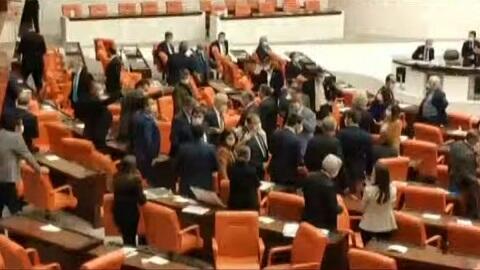 Yesterday's tension during the budget discussions in the Grand National Assembly of Turkey continued today.

Axar.az reports with reference to the Turkish media that a dispute broke out between AKP and IYI Party MPs when Umid Beyaz from the IYI Party was speaking on the podium.

As a result, the parties came to blows.