Austrian FM will pay a visit in Azerbaijan 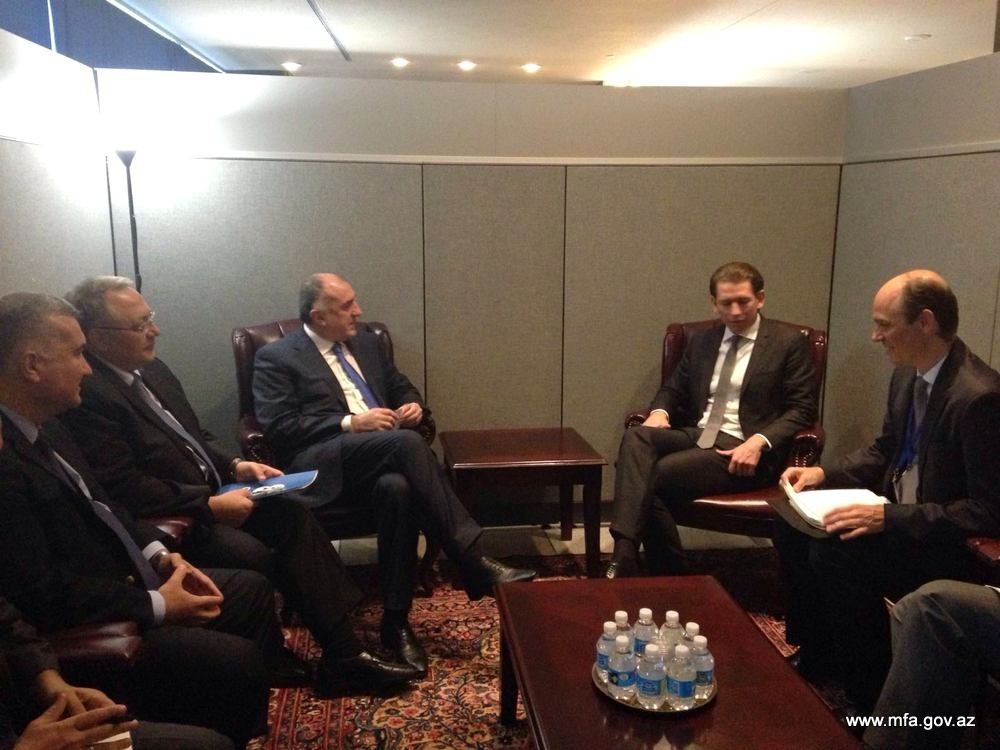 Azerbaijani Foreign Minister Elmar Mammadyarov has met with Minister of Foreign Affairs and Integration of Austria Sebastian Kurz within the framework of participation in the 71st session of the UN General Assembly.

The meeting has stressed that the political dialogue between the two countries is intense, there are opportunities for expanding cooperation.

E. Mammadyarov said that Azerbaijan is interested in developing economic relations with Austria. He expressed confidence that the Austrian investment would contribute to the development of bilateral relations.

S. Kurz said that Austria as the next chairman of the OSCE would make every effort to resolve existing conflicts. He announced his intention to visit Azerbaijan in this charge, to discuss various issues of bilateral and multilateral formats.