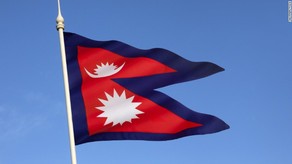 Nepal has appointed a new Ambassador to Russia, who is also in charge to Azerbaijan.

Nepal leader has appointed Rishi Ram Ghimire upon the recommendation of the government. New Ambassador worked as a secretary for the Ministry of Foreign Affairs.

In 2012 -2016, Ravi Mohan Sapkota Kopila worked as an Ambassador of Nepal to Russia and Azerbaijan.