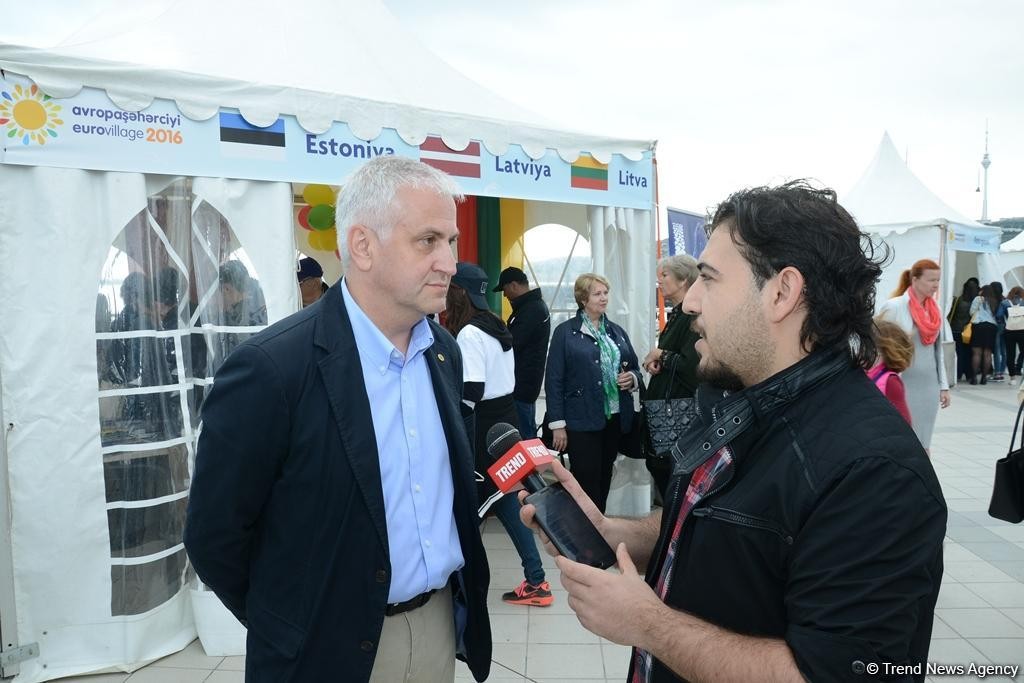 “It will be possible to transport goods from China to Northern and Western Europe as a result of connecting these two routes,” he said.

"The East-West transport corridor is actively growing,” he said. “It is one of the priority projects for Azerbaijan and corresponds to Viking project, which is being implemented by Lithuania and its partners, namely, Ukraine, Belarus, Bulgaria, Romania and Turkey.”

“Our project has already reached Turkey and even Georgia,” he said. “A very positive fact is that Azerbaijan joined the project in May 2016. Azerbaijan's participation will make Viking project more competitive.”

The first test container train from China arrived at the Baku International Sea Trade Port on Aug. 3, 2015.
New competitive tariffs on the Trans-Caspian corridor came into force on June 1, 2016.