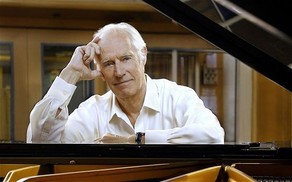 George Martin, who was the man behind most of The Beatles era-defining recordings, has died aged 90.

Sir George, who was the producer and arranger for the band, was a British treasure who signed The Beatles to a label contract when no one else would.

He produced virtually all their songs and introduced arrangements into Yesterday and A Day in the Life.
Beatles drummer Ringo Starr shared the news on Twitter. He said: 'God bless George Martin peace and love to Judy and his family love Ringo and Barbara George will be missed.'

A Universal Music Group spokesperson confirmed Sir George's death, but details are not yet clear.
During his six-decade career in the music industry, Martin produced almost all of the Beatles' recordings and also worked with Gerry & the Pacemakers, Jeff Beck, America, Cheap Trick and other acts.

He produced jazz, comedy and classical albums before signing the Beatles in 1962. The young band members were rough around the edges, but Martin saw their commercial promise.

Martin was knighted in 1996. In 2006, working with his son, Giles Martin, he helped develop the Beatles-inspired Cirque du Soleil show "Love" in Las Vegas, which went on to reap his two most recent Grammys.
Martin was named by Guinness World Records as the most successful producer ever.