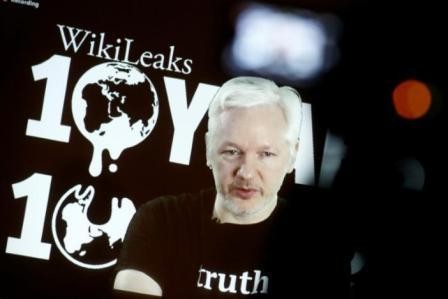 WikiLeaks founder Julian Assange said on Tuesday the group would publish about one million documents related to the U.S. election and three governments in coming weeks, but denied the release was aimed at damaging Hillary Clinton.

Assange, speaking via a video link, said the documents would be released before the end of the year, starting with an initial batch in the coming week.

Assange, 45, who remains at the Ecuadoran embassy in London where he sought refuge in 2012 to avoid possible extradition to Sweden, said the election material was "significant" and would come out before the Nov. 8 U.S. presidential election.

But he denied the release of documents relating to the U.S. election was specifically aimed at damaging Clinton, saying he had been misquoted.

"The material that WikiLeaks is going to publish before the end of the year is of ... a very significant moment in different directions, affecting three powerful organizations in three different states as well as ... the U.S election process," he said via a video link at an event marking the group's 10th anniversary.

He said the material would focus on war, weapons, oil, mass surveillance, the technology giant Google and the U.S. election, but declined to give any details.