'I disagree with my running mate on Syria' 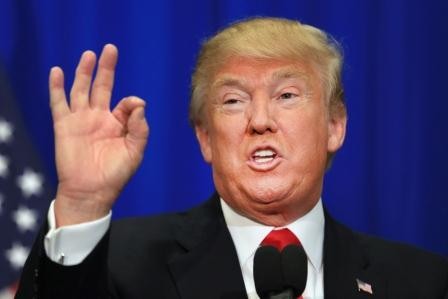 Republican Donald Trump publicly broke with his running mate, Mike Pence, on how to deal with the civil war in Syria in comments during Sunday's U.S. presidential debate that exposed further tensions within their campaign.

"He and I haven’t spoken, and I disagree,” Trump said in response to a question from a moderator about comments by Pence that the United States should be ready to use force against Syrian military targets under the command of President Bashar al-Assad.

"I believe we have to get ISIS. We have to worry about ISIS," the Republican presidential nominee said in his debate with Democratic rival Hillary Clinton, referring to Islamic State, the insurgent group fighting Assad’s forces.

Pence in his debate last week with Clinton's vice presidential running mate, Tim Kaine, appeared to break ranks with Trump, when he denounced Russian President Vladimir Putin for his interference in Syria's civil war and support for Assad.

"The small and bullying leader of Russia is now dictating terms to the United States,” Pence said.

Russian warplanes have been striking Islamic State positions in Syria in support of Assad's government.

Clinton has criticized Trump, who has praised Putin, as being too cozy with the Russian leader.

After the debate on Sunday, Pence tweeted: Congrats to my running mate @realDonaldTrump on a big debate win!" adding he was "proud to stand with you."

Trump's campaign is in crisis just a month before the Nov. 8 election after a flood of Republicans withdrew their support for the brash New York businessman and former reality TV star over a newly uncovered 2005 videotape in which he made sexually aggressive comments about women.

In an unusual move, Pence issued a statement on Saturday critical of Trump's words on the tape, saying on Twitter that he "cannot defend them."

"As a husband and father, I was offended by the words and actions described by Donald Trump," the Indiana governor said.

Before the debate on Sunday, however, a source close to Pence dismissed talk among some political analysts that he might bolt the ticket in the uproar over Trump's comments.