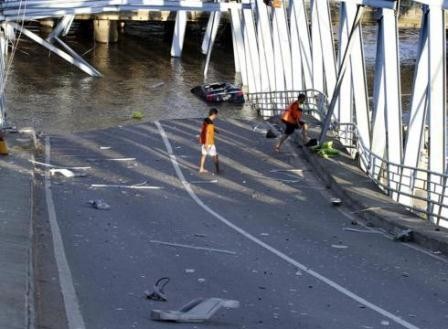 There were too many people passing over the bridge for a religious ceremony when it collapsed at 6 PM local time, police officer Arendra Wahyudi said, adding some motorbikes also fell into the water.

The sea beneath the bridge was less than two meters deep, Wahyudi said, but many of the victims were crushed by debris.

All of the victims were locals, he said.

Indonesia's search and rescue agency stopped the search for the day at 9 PM local time, but will resume at daybreak on Monday, its spokesman said.