Ceasefire set to last for 72 hours 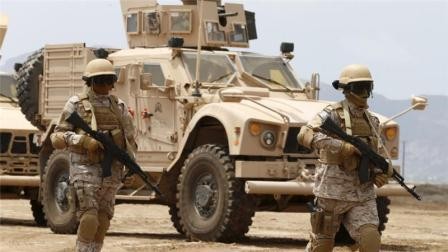 A 72-hour ceasefire between opposing forces in Yemen is set to begin this week.

Ismail Ould Cheikh Ahmed, United Nations Special Envoy for Yemen, announced that a break from fighting between a pro-Yemeni coalition led by Saudi forces and Houthi rebels would begin just before midnight Wednesday -- at 23:59 local time.

According to Ahmed, the ceasefire terms call for humanitarian workers to have "free and unhindered access" so they can bring supplies to all parts of Yemen.

"[It] will spare the Yemeni people further bloodshed," Ahmed said.

In early 2015, Houthi rebels -- a minority Shia group from the north of the country -- drove out the US-backed government, led by President Abdu Rabbu Mansour Hadi, and seized the capital of Sanaa. Approximately 10,000 Yemenis have died while millions are in need of aid in a conflict that's been dubbed the "forgotten war" given that it's occurred in the shadows of the Syrian conflict.

Since then, the Saudi-led coalition, which includes several Arab countries, has launched a military campaign in Yemen against the Houthis, who have the support of Iran.

Back in August, peace talks failed, prompting an increase in airstrikes over the past two months.

This past weekend, US Secretary of State John Kerry called for all sides to "move to the negotiating table" after diplomatic talks in London.

Ahmed said the terms of the ceasefire are similar to one that occurred last April.

The UN, which has attempted to resolve the crisis, said the door was left open for the ceasefire to be renewed for another 72 hours.