Resolution has been adopted on monuments in Karabakh 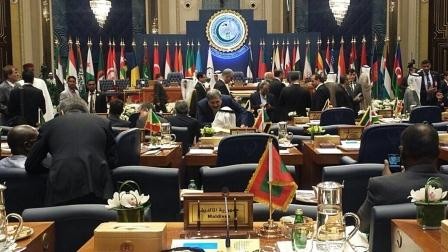 Axar.az reports referring to the press service of the Azerbaijani Foreign Ministry.

The resolution states loss, destruction, removal, theft, smuggling and misappropriation of the cultural property in the occupied Azerbaijani territories as an act of vandalism.

Armenia is required to stop the operation of presenting the heritage of Azerbaijani history and culture as its own in the international tourism exhibitions and events.

Azerbaijani Foreign Minister Elmar Mammadyarov represented the country in the 43rd Session of the Council of Foreign Ministers of the Organization of Islamic Cooperation (OIC) in Tashkent.