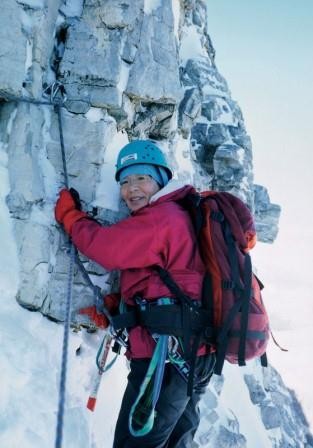 Junko Tabei, the first woman to climb the world's highest peak, has died at age 77.

She died on Thursday at a hospital outside of Tokyo. She was diagnosed with cancer four years ago, but that did not stop her from mountaineering, it said.

Her milestones went beyond Mount Everest.

Her last climb was Japan's Mount Fuji with a group of high school students in 2011, according to Japan's state broadcaster NHK.