"Turkey has no designs on Syria's Aleppo" 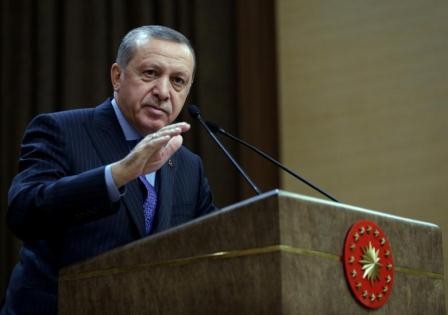 Turkey's military operations in Syria aim to secure control of the towns of al-Bab and Manbij but are not intended to stretch to the city of Aleppo, President Tayyip Erdogan said on Wednesday.

"Let's make a joint fight against terrorist organizations. But Aleppo belongs to the people of Aleppo, we must explain this ... making calculations over Aleppo would not be right," Erdogan said in a speech in Ankara.

His comments came after forces allied to Syrian President Bashar al-Assad warned Turkey against any advance toward their positions to the north and east of Aleppo, saying any such move would be met "decisively and with force".